The History of St John's

St John’s Primary School began life in the early 1860s as ‘Ealing Dean National School’ and accommodated 40 boys and girls. By 1906, on a new site in Felix Road, this number had risen to 333 boys, 333 girls, and 273 infants as ‘St John’s School’ on a three-quarters-of-an-acre site on Felix Road.

One of the most inspiring figures in the school’s early history was the visionary educator Ernest Golledge, headmaster between 1908 and 1934. Golledge encouraged the pupils, many of whom were from underprivileged backgrounds, to work hard and aim high, telling them, “Be something, be anything, but mean.” 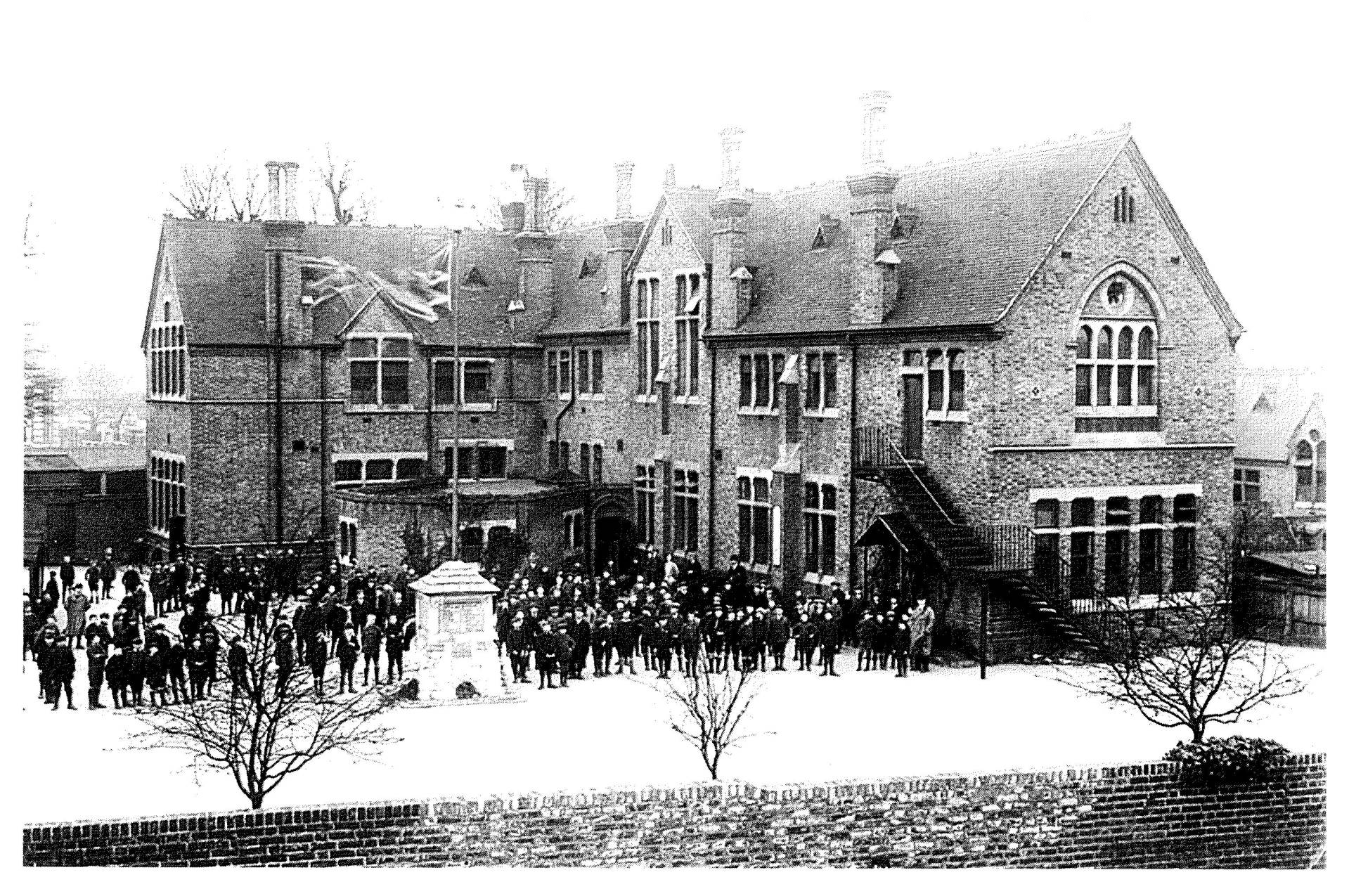 To inspire in them the grit and determination he felt they needed to succeed, he invited an extraordinary roster of famous or distinguished people to speak at the school, including the Archbishop of York, Princess Louise, HM Queen Alexandra, HRH Princess Victoria,  Lady Brooke (Ranee of Sarawak) and the actor Bransby Williams (you can see this early Roll of Honour in the school corridor near reception). But the speaker that would probably have excited the pupils most was the Antarctic explorer Sir Ernest Shackleton, who reminded them they all had a ‘pole’ - a ‘goal’ - to aim at in their lives.

Golledge established a ‘pass and cheque book’ system to encourage the pupils to save (a total of £713). This money was lost in the failure of Farrows Bank, but an anonymous donor honoured the full amount.

In 1908 an employment bureau became an integral part of the school and a large number of boys were placed in good positions. The first three aeronautical scholarships in this country were given to boys from St John’s, as were the first aeroplane flights ever taken by schoolboys - in a Bleriot machine piloted by M.Louis Nöel, the famous French ace, in 1912.

In the same year, the daughter of Charles Dickens, Kate Perugini, opened the ‘Dickens Room’ (the photo below shows pupils giving a drama performance for Ms Perugini to celebrate her visit to the room). Styled by Golledge to feel like the opposite of a classroom, this welcoming library was designed to inspire in the pupils a lifelong love of reading. 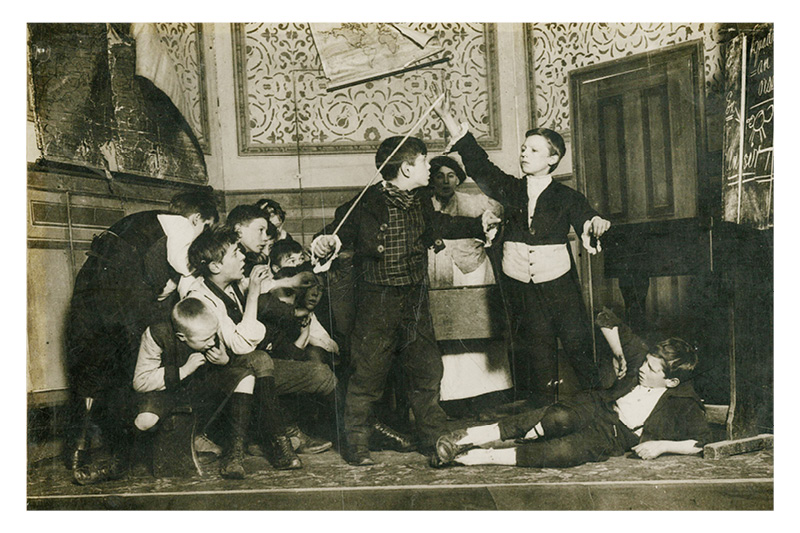 The school also boasted a colonial room, containing an electrically worked model scenic railway and model ocean, and the first ‘cinema’ to be used in any school in the UK (below); pupils made regular trips to watch filming at the nearby Ealing Studios. 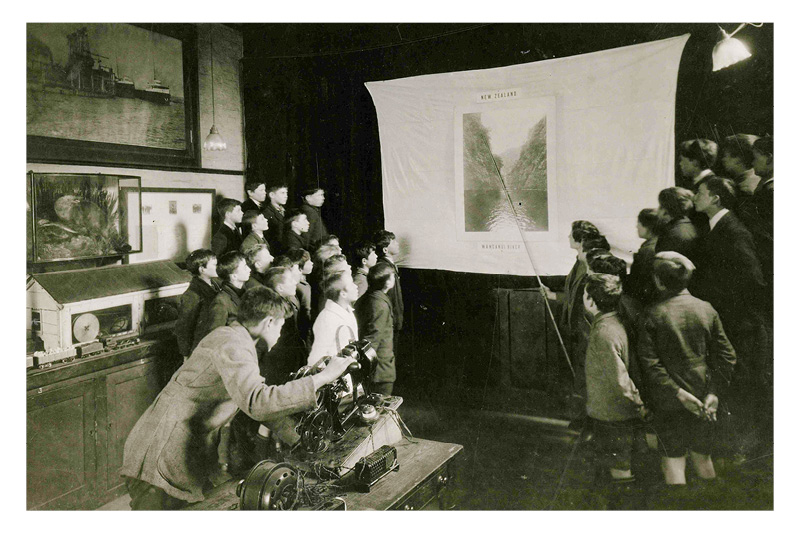 The pupils even created their own film, From Source of Supply to Ultimate Market, which was shown daily at the Wembley Exhibition (British Empire Exhibition) of 1924. A map of the world (below) was cut into the school playground, and a poultry and allotment club were successfully run on co-operative lines. 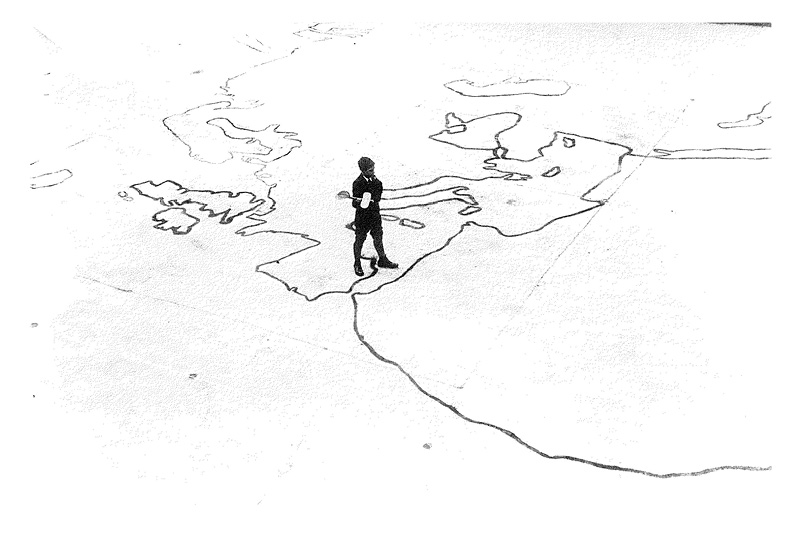 The scheme for a Boys Battalion of the R.A.F. originated at St John’s, and on the visits of famous personalities such as Shackleton, ‘guards of honour’ were supplied by the R.A.F. from Wendover.

The First World War took a heavy toll on the school - two teachers and one hundred and nine old boys were lost. You can see a framed memorial in the school corridor near reception. A school cenotaph was unveiled in the school playground in 1920 by Princess Louise and the Archbishop of Melbourne; the cornerstone had been laid earlier that year by Lord Jellicoe (below, left, with Ernest Golledge). 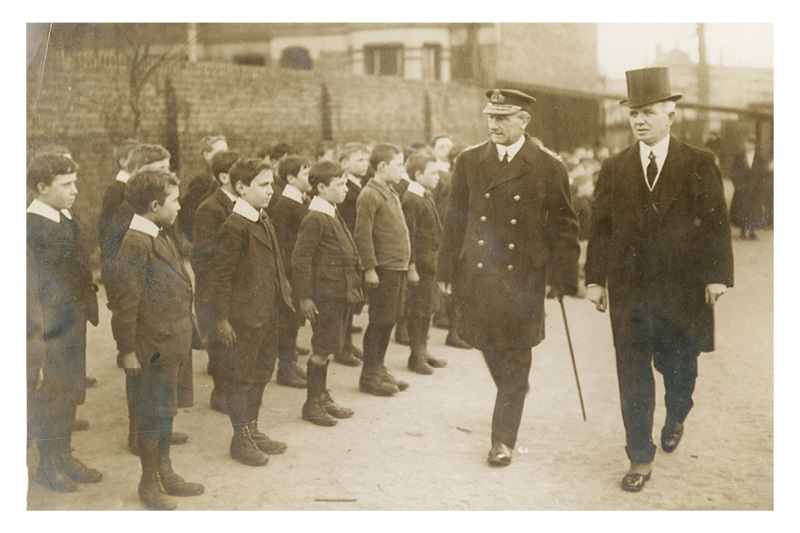 The war memorial (seen above in footage from 1934) was damaged by fire in 1982 - a reminder of the school’s resilient ability to bounce back from adversity through the years. New, single-story school buildings were opened in 1974 by Rt. Hon. Roy Hattersley, replacing the original Victorian two-story structures. A fire-damaged group photo (below) of St John’s pupils in the early 1970s can still be seen near reception. 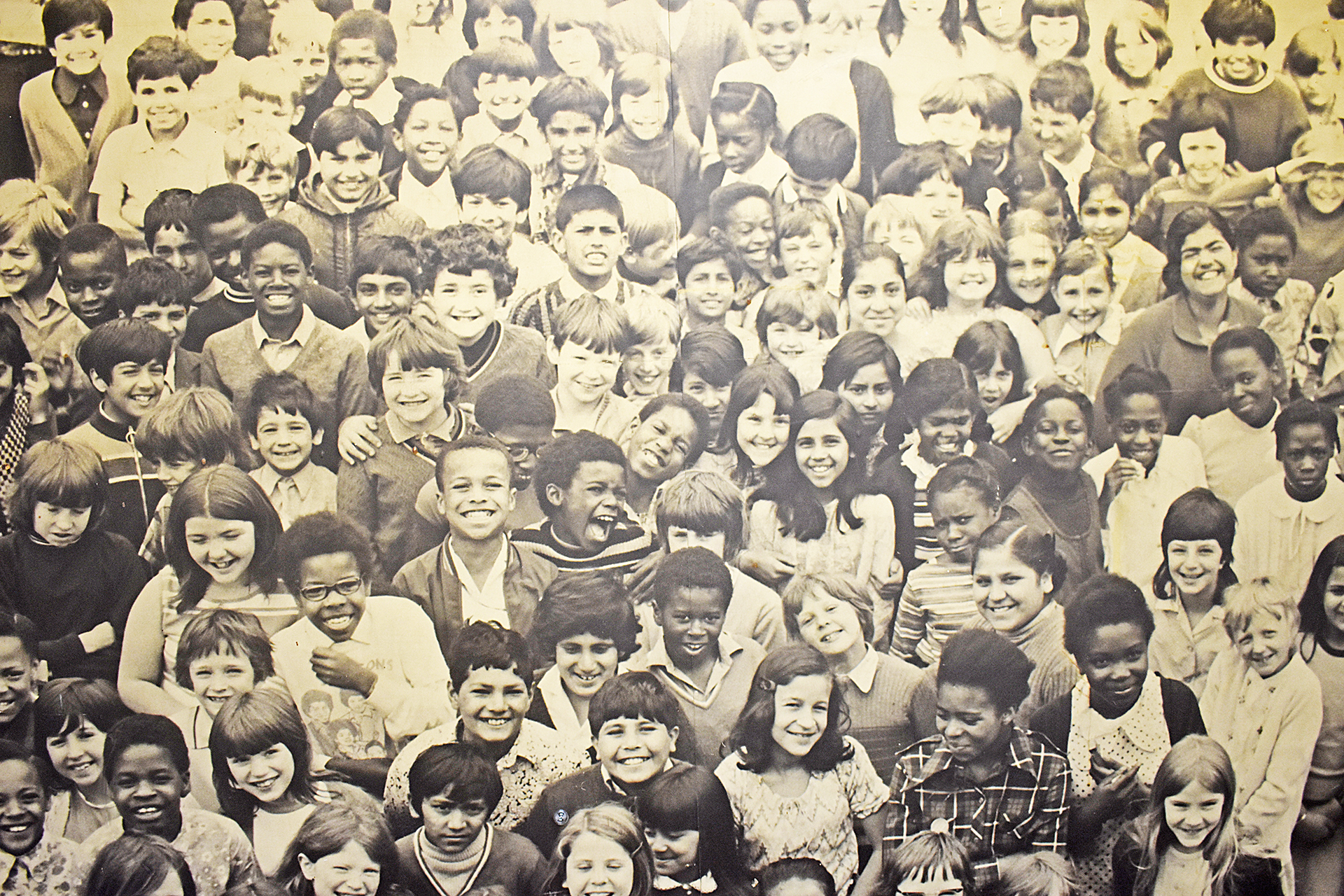 In 2016, we revived our Roll of Honour, and are continuing to add to this illustrious list of visitors. Recent guests of the school have included the Rt. Hon. Hilary Benn, Rear Admiral James Morse, and Dr Ronan Doyle, who received a medal from the Queen for his work combating Ebola in Sierra Leone.

In January 2018, we moved into our state-of-the-art CONRAN-designed building, which was officially opened by Pie Corbett in July 2018 (below) - and the next exciting chapter of our extraordinary history began! You can see photographs of our new school building by clicking HERE. 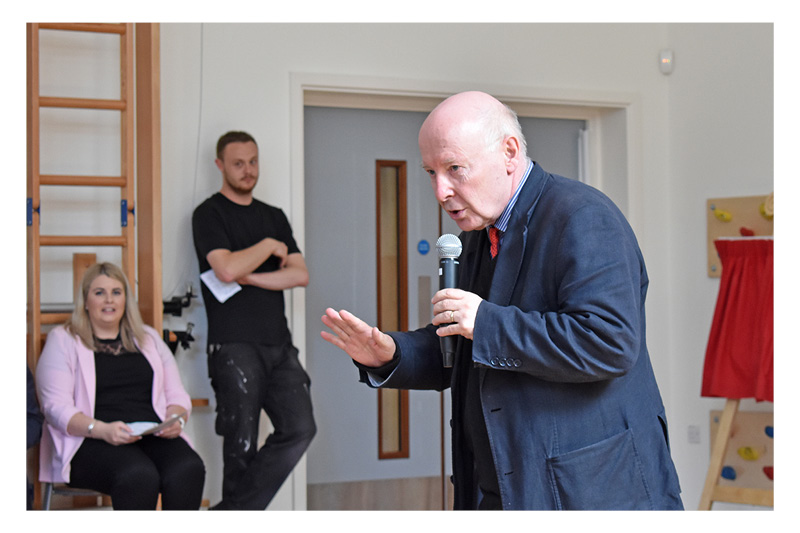 With special thanks to Rupert Willoughby, author of 'A Head of His Time: the Life and Opinions of Ernest Golledge, Reforming Headmaster, 1872 - 1951', and Diana Duckworth, Ernest Golledge's granddaughter, who generously provided the school with an archive of material from the school's early years